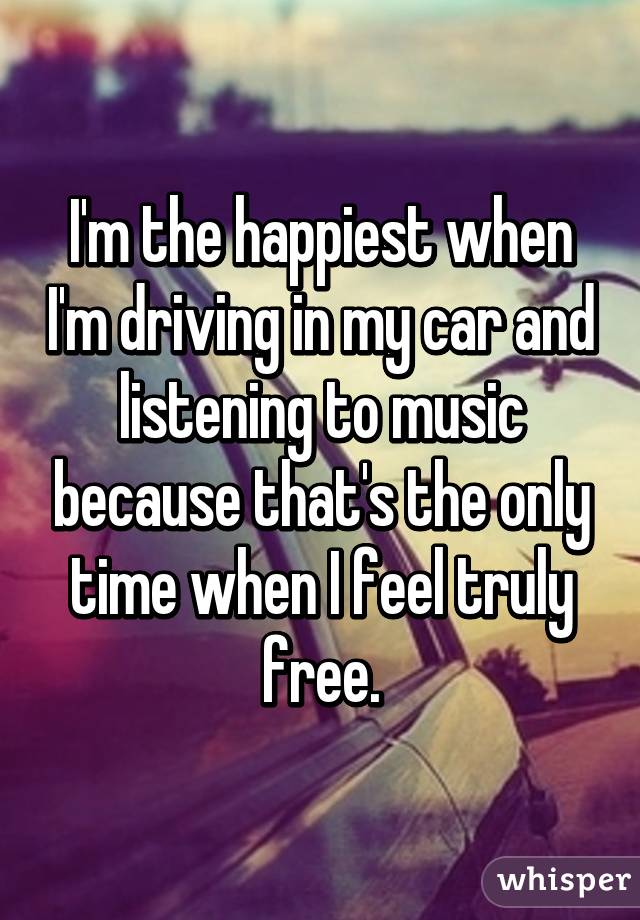 Have you ever noticed, observed, heard or felt about how driving with the windows down with some music blaring is one of the best feelings? Think about it, there’s a reason why people take drives. Whether it’s to deal with stress, have some alone time, or spend some quality time with someone special. A drive, especially during the summer time is one of the best activities one can do. Now depending on the mood someone is in, there are a TON of great driving songs out there. And in fact, some songs that aren’t maybe “driving” songs turn into a great driving songs because of that feeling you felt in that moment. I personally love taking drives by myself and just listen to some music with the windows rolled down. I did it a lot in college to either deal with stress and what not, or to just to go have some quality alone time. I know plenty of people who did this as well, and continue to take drives because they either need it and or enjoy it. Just yesterday I had a phone call from my sister who was out for a Sunday evening drive, listening to some tunes and decided to give me a call and check in to see how I was doing. I think most of us have been there before, we’re out driving listening to some tunes and think of someone and say ” you know, what? I think I’m going to call this person.” I don’t think I would’ve heard from her last night if she wasn’t out driving listening to some music. That’s just what music does to you. It takes you to a certain feeling, a certain mindset that makes you do things to become either more connected to someone else or with yourself. But anyway, as summer is quickly approaching it is time to hop in the car, roll the windows down and crank up those tunes. Now, right now I think it should be happier tunes, whatever that might mean to you. Personally I think a summers evening drive with your significant other, relative, or close friend is one of the best things you can do this summer. Picture it, the windows are rolled down, the sun is setting, you’re feeling the breeze going through your hair, maybe you’re sitting in silence just being with each other or maybe you’re belting out the lyrics to “Take Me Home, Country Roads”. Sounds like a lot of songs out there ( especially country ones, which I love) I know. But there’s a reason this kind of feeling is recorded in so many different ways. Either way, you won’t regret taking this advice. It will create a memory for you and whoever is in that shotgun seat next you that both will never forget. So, with all of the great driving music out there and summer coming up, there’s no excuse for not taking a little drive. What are some of your favorite driving songs? I am interested to know! Might come across something new and different to drive and listen too a little on down the road. There are A LOT out there, but “Hollywood Nights” by Bob Seger is always a great one in my opinion. Anyway, here’s to music and the upcoming summer driving season. See you somewhere down the road.